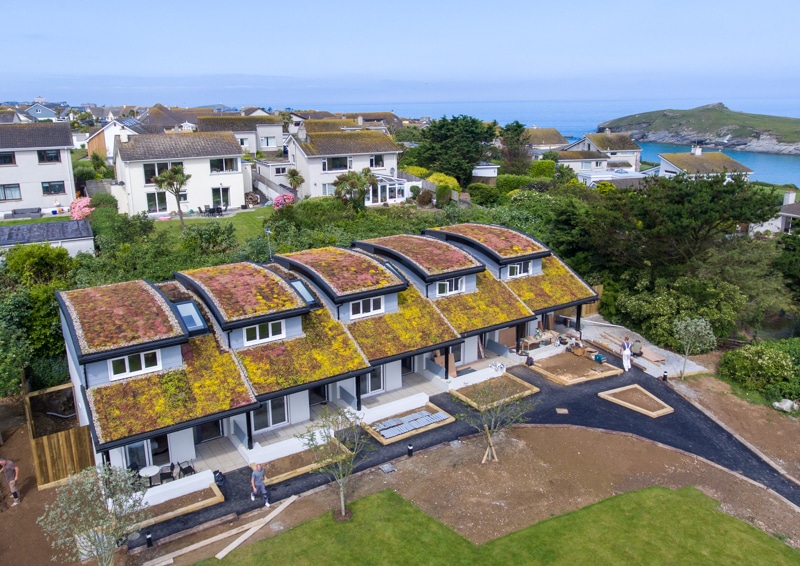 Situated on Cornwall’s north coast overlooking Porth beach, Porth Veor Manor offers a range of accommodations including a family-friendly hotel, villas and apartments. Looking to diversify their property and improve the offering to their tourism customers, the owners sought planning permission. to further develop their site.

Porth Veor Manor was granted planning permission to add several luxury self-catering apartments in a corner of the hotel grounds, offering spectacular beach views from the hotel cliff-top setting.
As part of the planning stipulations, the new-build apartments had to opt for a low slope profile as opposed to a pitched tile or metal structure, to ensure there was minimal obstruction to the views for the neighbouring residents.

The hotel owner initially wished to install a single-ply membrane system for its smooth aesthetic and quick installation time. Due to the coastal location of the new-build apartments, the Garland Technical Manager, Justyn Irons, advised the benefits of considering an alternative waterproofing system, a bituminous roof covering, that would offer far superior performance.

A built-up roof system, comprising of 3 layers, rather than the 1 layer provided by single-ply, would mean that the new roof would be more than capable of withstanding the extreme coastal environment, where winds and salt-water can compromise less robust roof types.

Once the choice of built-up layer had been agreed upon, the next step was to ensure that the final waterproofing system would also help to keep the buildings as thermally efficient as possible.

With a concept in mind to provide an insulating solution that would also help the new-build development to blend in with its surroundings, it was decided that a green roof system would be installed on top of the built-up StressPly Flex Plus system.

The environmentally friendly layer of insulation would help to keep the heating costs down during the winter months and maintain the picturesque views over the bay for the other hotel guests and the surrounding community. The Garland UK Approved Contractor, Western Flat Roofing, installed a layer of StressPly Evolution base sheet directly to the installed SIP frame and finished this with a mineral covered layer of StressPly Flex. This gave the roof a solid waterproofing layer to which the green roof system could be directly applied.

The Technical Manager proposed a unique green roof solution that would greatly reduce the overall weight of the system, ensuring the structural integrity of the development was not compromised. By specifying a mineral wool substrate rather than a traditional compost, less stress was added to the final roof structure, whilst still guaranteeing optimum thermal efficiency for the building.

It was essential for extra measures to be taken to ensure that the green roof was protected as much as possible from the weather elements. The new-build apartments were beach facing and susceptible to strong offshore winds, so to protect the edges of the green roof system from any potential uplift, a natural solution in the form of large pebbles were hand-laid, to secure the vegetation as much as possible.

The stunning roof system was installed and finished, prior to the overall completion of the new-build project, giving the green roof system ample opportunity to fully develop and grow in the build-up to the official opening.

The hotel owners were extremely pleased with the outcome of the project, where their developments not only benefit from a 25-year Single-Point Guarantee, but they also can be sure that their building thermal performance and the overall green aesthetic is a perfect match for the local area.

To find out how an environmentally friendly system can enhance your next roofing project, please contact your local Technical Manager to discuss the growing options of green roof, blue roof and rainwater harvesting system options that are available. 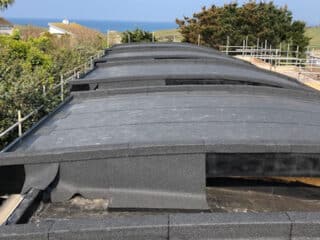 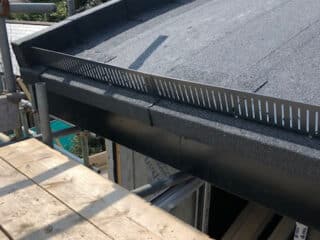 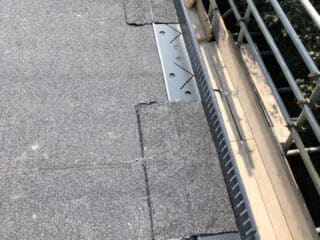 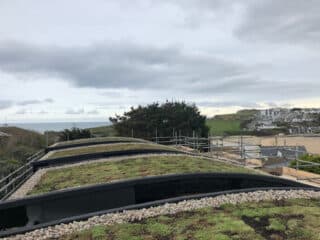 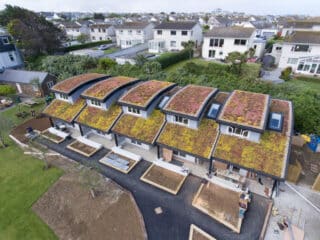 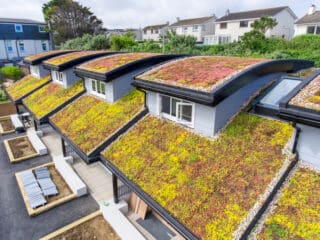 Sorry, there are currently no events. Please check back as this page is regularly updated.